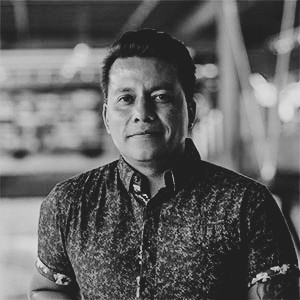 Daniel will teach you how to make compelling and believable original character designs to be used in a cast for animated film. Topics covered will include gesture, caricature, staging and expressive drawings. This workshop is ideal for intermediate students.

Daniel Arriaga is a character designer and sketch artist at Pixar Animation Studios with over a decade of industry experience, having worked on hit films such as Ratatouille, Wall-E, Up, and Toy Story 3. In 2009, Daniel moved to Disney where he art directed on Prep and Landing: Naughty vs Nice and contributed designs for Wreck-It Ralph, before returning home to Pixar. A rising star in the industry, Daniel loves to share his knowledge and teach new students who are passionate about characters. Daniel currently lives in the San Francisco Bay Area with his wife and kids. You can see more of his work at www.facebook.com/danielarriagaart. 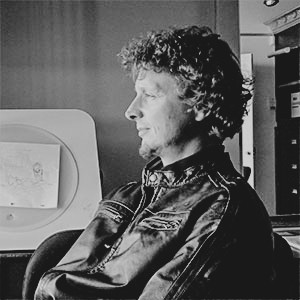 FROM COMIC BOOK TO ANIMATION

In this workshop, Robert will take you on a step by step progression from a comic book panel to a fully animated scene in Photoshop. (Photoshop is Robert's animation software of choice). It should be noted that this workshop is geared towards independent animation filmmakers.

This workshop is ideal for intermediate to advanced level students.

Robert Valley is from Vancouver, B.C., Canada
He completed a 3 year animation program at Emily Carr College in Vancouver in 1992.
In 1993 Valley moved to San Francisco and worked with Peter Chung on Aeon Flux.
Between 1994 and 1998 Valley spent much of his time working on Directing animated commercials for clients such as Nike, Coke and Levis.
In 1999 to 2009 Valley worked with Passion Pictures in London and worked with Pete Candeland on Gorillaz, Beatles Rock Band and a range of other animated commercial projects.
In 2011 Valley relocated to Los Angeles and worked as character designer on Motorcity and Tron Uprising.
In 2013 Valley Directed the Wonder Woman DC Nation shorts and Shinjuku shorts.
From 2014 to 2016 Valley wrote and directed the short animated film 'Pear Cider and Cigarettes' recently nominated for an Oscar.
In the later part of 2016 Valley directed a music video for Metallica called 'Murder One'.
His most recent project was again with Passion Pictures where he worked as animation director on the Gorillaz most recent music video release 'Saturn's Barz' which is available in VR. 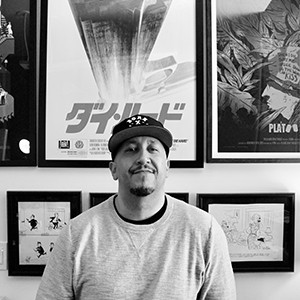 Everyone can tell compelling visual stories, but get quickly overwhelmed by how to orchestrate all the necessary tools to do so. In this workshop, Pixar’s Louis Gonzales breaks down his philosophy of story design exploring the history of art as applied to film language in order to design storytelling moments. We will explore the art that moves time. 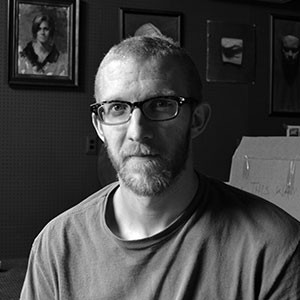 This workshop dives headfirst into the visual aspects of what makes various textures unique. In this presentation, Jonathan Hardesty will communicate quick and easy ways to identify and categorize a texture, and ultimately use that information to fuel your imagination.

Born in Dallas, TX in 1980, Jonathan's first artistic endeavour began at the University of Pennsylvania where he started basic drawing and figure drawing courses. At the age of 22, his drive for more rigorous and traditional training led him to apply to the classical realist atelier, Pantura Studios, to study under masters Hans-Peter Szameit and Sanna Tomac. After studying for nearly three years, Jonathan and his wife moved to Dallas, Texas where he began building his body of work and honing his skill set. In addition, for nearly ten years, he has been teaching traditional atelier methods to a small group of committed and talented students. Jonathan has sold many paintings and his work is included in various collections throughout the United States. Jonathan has also been exhibited in invitational shows both nationally and in the Dallas/Ft. Worth area. Jonathan currently lives in York, Pennsylvania with his wife and his three children.

You can see more of Jonathan's work at jonathanhardesty.com.

In this workshop, Pixar’s Louis Gonzales will build off of his 'Drawing for Story' workshop and will examine and demonstrate concepts for storyboarding that he has learned through his career working in feature animation. Some of the topics include, what makes compelling characters, the character's point of view and why it is important, effective storyboarding through economy, research, exploration rhythm and information. 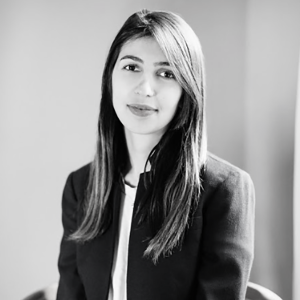 This workshop is for artists who are interested in developing an understanding and individual approach towards color. Tuna will talk through color through perception, history, semiotics, and psychology, followed up by examples and demonstrations of it's use in narrative formats. The lecture and exercises are meant to inform creatives in all industries including print, animation, and illustration.

Tuna Bora has a BFA from Otis College of Art And Design, and has worked as an illustrator & production designer for companies such as Google, Sony, Nickelodeon, and Disney Japan. Her humorous, worldly, and multi-disciplinary work is recognized in areas of content creation, advertising, independent publishing, galleries, print, and games.
She recently received an Annie Award as the production designer of Pearl, the first VR film ever to receive an Oscar nomination.
Her contributions to the the illustration field have been celebrated by many including IDN, American Illustration, the Society of Illustrators Gold Medal, and multiple Communication Arts Awards of Excellence.

For those attending Schoolism LIVE Dublin from out of town, set aside a few days before or after the workshops to explore The National Gallery of Ireland, National Botanic Gardens, The Irish Museum of Modern Art, Guinness Storehouse and the Farmleigh House!